Last week: Carolina lost at Virginia 44–41 and Duke won at home against Charlotte 53–10. The 49ers on Friday postponed their scheduled Saturday game with Middle Tennessee because of COVID-19 issues.
Coaches’ records in rivalry: UNC’s Mack Brown is 9-2 and Duke’s David Cutcliffe is 5-7.
Series record: UNC leads 62–40–4 according to Carolina, 61–41–4 according to Duke.and 61–40–4 according to the ACC. Both teams stayed home in 1889 because they both believed they were the home team. Both claim the victory that year by forfeit and the ACC doesn’t give either a victory. The Tar Heels haven’t beaten Duke in consecutive seasons since 2014 and 2015.
Series record in Durham: UNC leads 29–19–2, according to the ACC. Duke has won three of the last four meetings at Wade Stadium, including the last two in 2016 and 2018.

Victor Dimukeje, a 6–3, 265-pound senior, has 21.5 career sacks and needs one more to break the school career record (22). He and fellow defensive end Chris Rumph, a 6–4, 235-pound redshirt junior, each have 7.5 sacks per game and are tied for the ACC lead. (Carolina’s leader is Tomari Fox with four.) Carolina is 90th in the country in sacks allows with 19.

Will UNC’s offensive line give quarterback Sam Howell enough time to throw? Carolina tackles Asim Richards and Jordan Tucker and tight end Garrett Walston will have to be effective in blocking the talented pair of Blue Devil defensive ends. If not, Howell will have to make quick decisions. According to Pro Football Focus, his pass completion percentage falls from 76.5% to 53.4% when he keeps the ball longer than 2.5 seconds. 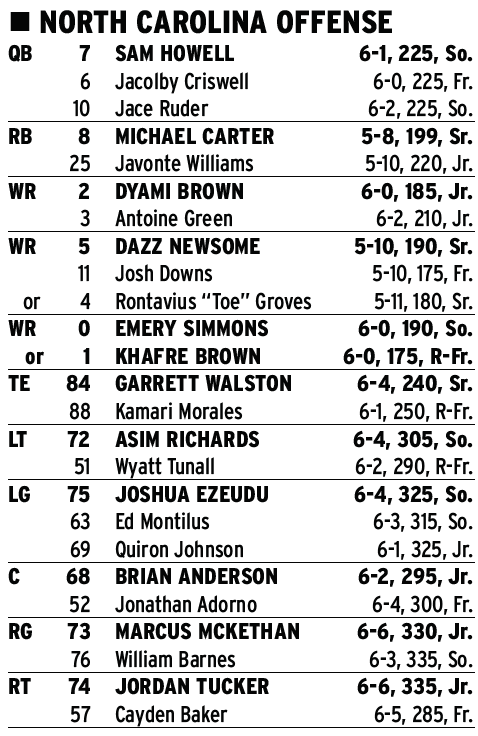 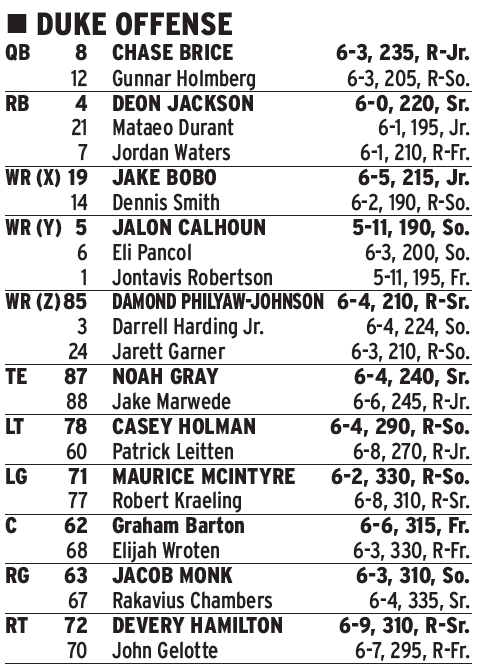 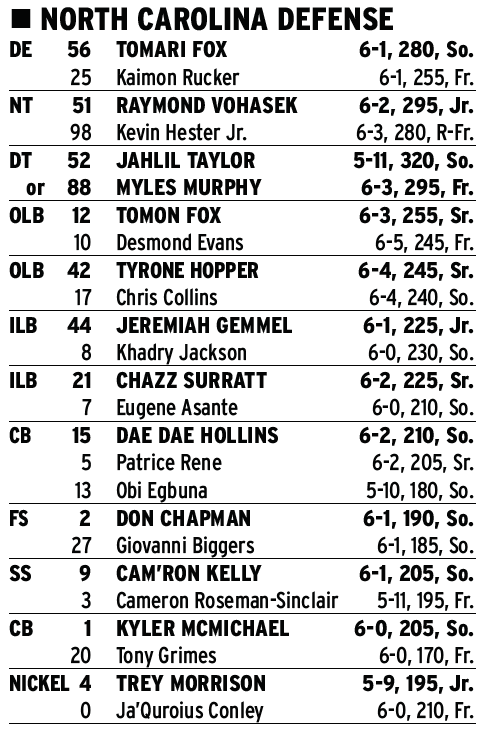 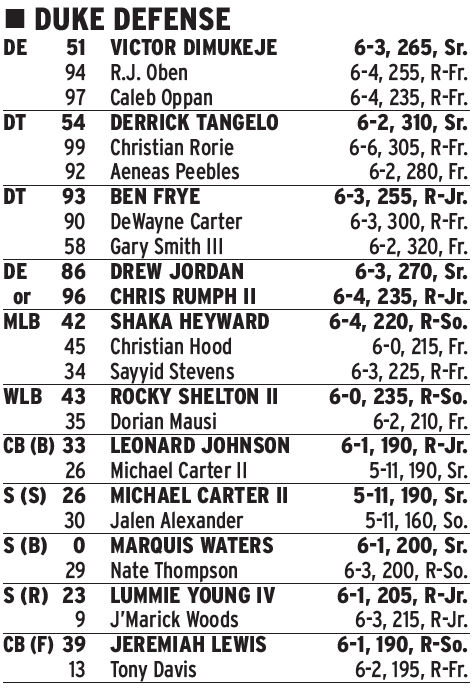 Matchup by the numbers